As you might have noticed in the news, we had a big wind storm here in California, and it made for some excitement up on the farm.  Sustained winds of 40 mph and gusts somewhere around 70.  I hate to admit it, but Jason and I had NO IDEA the storm was coming, and were quite surprised when, Gosh, it sure is windy today!  Once the neighbors clued us in (they actually have a TV) we thought we’d go for a walk and hear/see the branches falling down.  Which was fine, until we had to run to prevent being knocked on the head by them.  It was just like an action movie: we were walking up the driveway, through a beautiful stand of Redwoods, when Jason heard a crack and yelled, “Run!”  We all ran through, immediately followed by two huge branches falling where we had just been.

After the first night I had to have Jason help me clear the branches away enough for me to drive down the driveway to get to work.  Wish I’d had the sense to take a photo – it was crazy.  Huge branches knee deep.  When the storm finally blew itself out, we started cleaning up in earnest.  Here are a couple of pics: 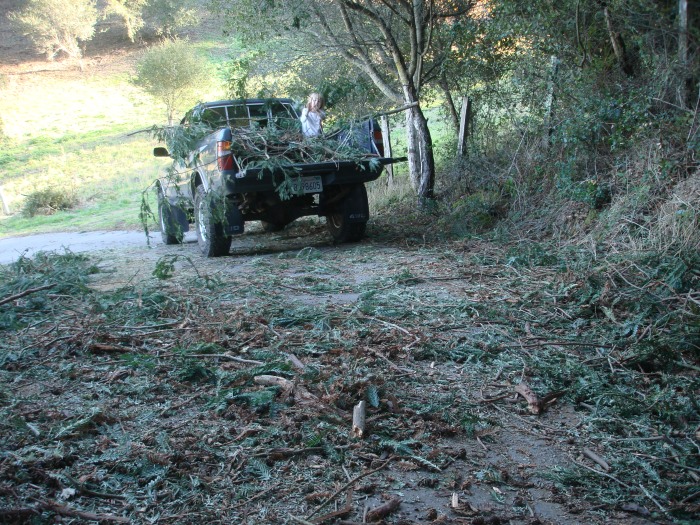 Here we’re mostly done: this was truckload number four, I think, of the big green branches to bring down to the burn pile.  That didn’t include those I put away for future kindling: 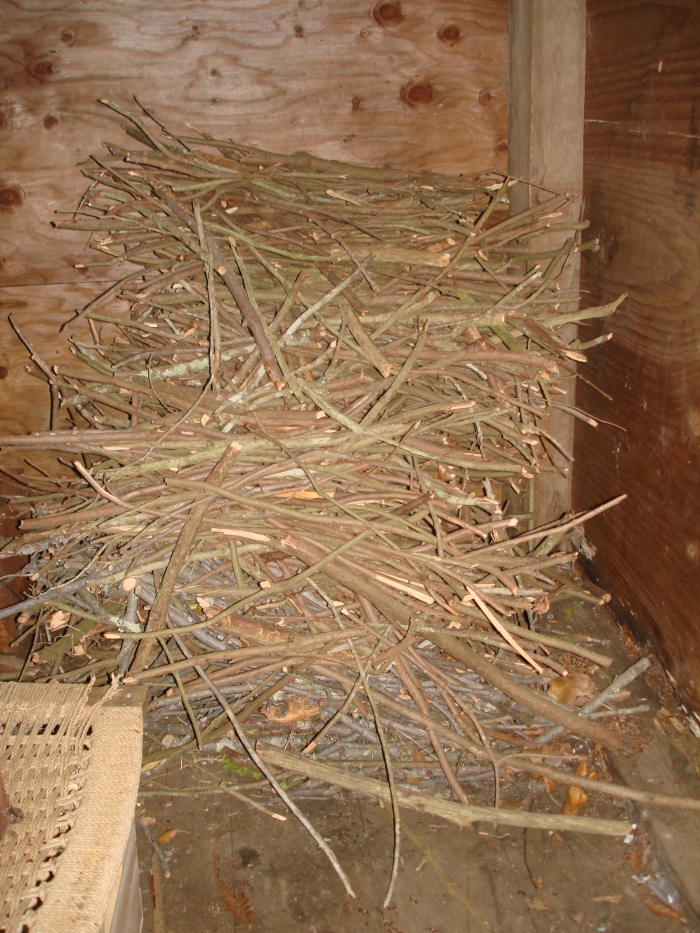 Nor did it include the big dry branches we set aside for Jason to cut into firewood: 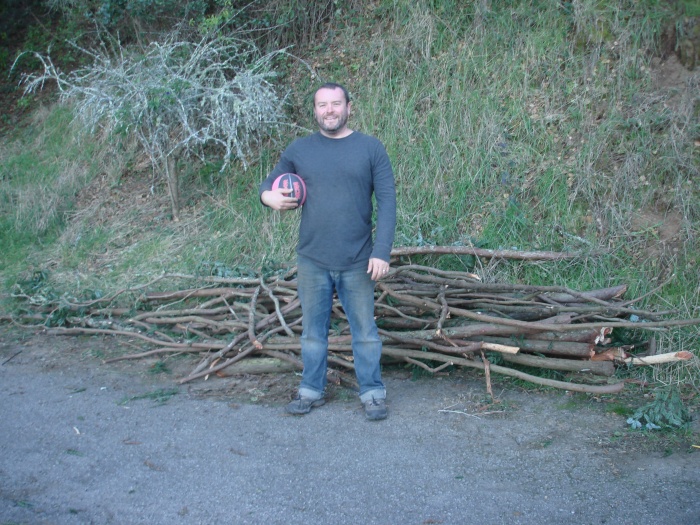 And that was JUST the branches that were on the driveway, at one group of Redwoods.  Here’s the burn pile we made that day, although it’s hard to tell how huge the branches are: 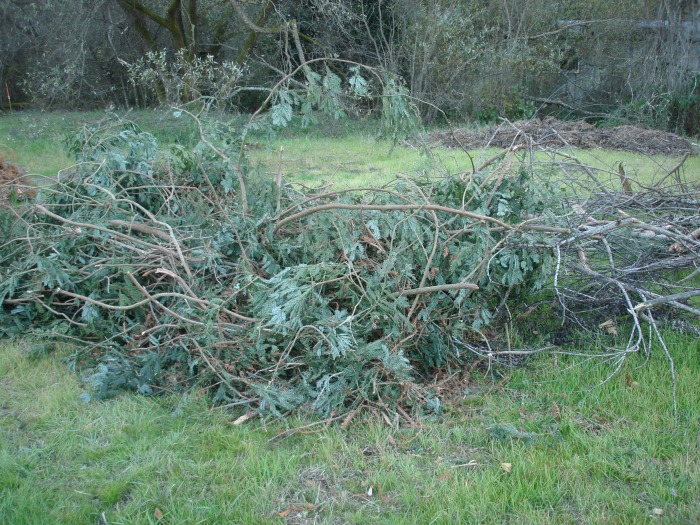 The other clump of Redwoods is, luckily, next to the driveway rather than surrounding it.  We haven’t dealt with all the branches in there. 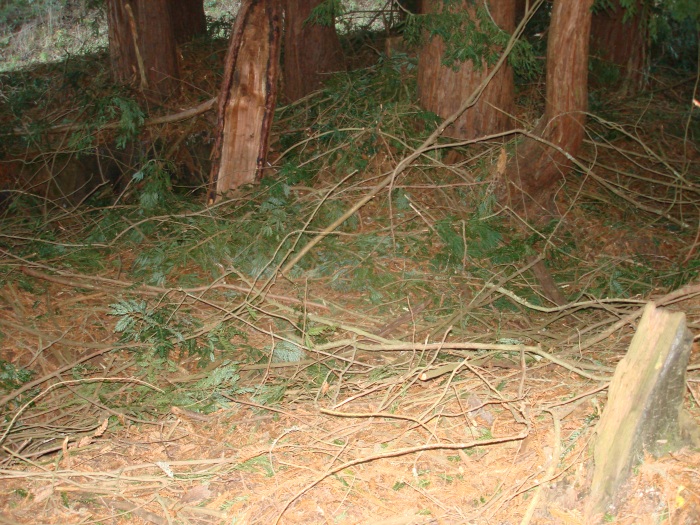 This is usually just a stand of trees with a lovely carpet of pine needles on the ground. 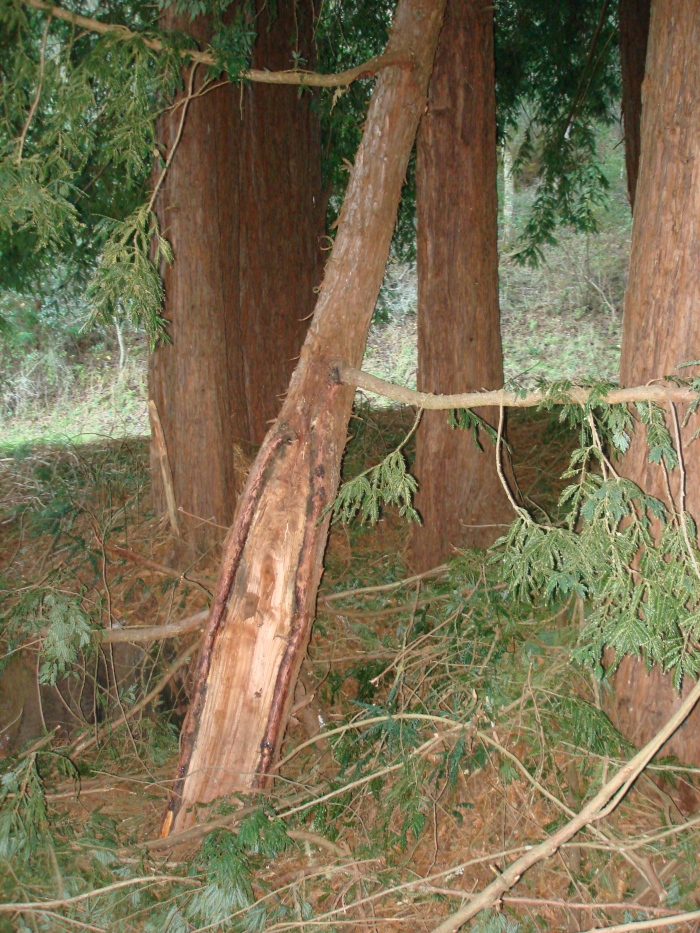 That slanted thing in the middle is actually the top of a tree that came down.  We’re glad it didn’t go across the driveway. 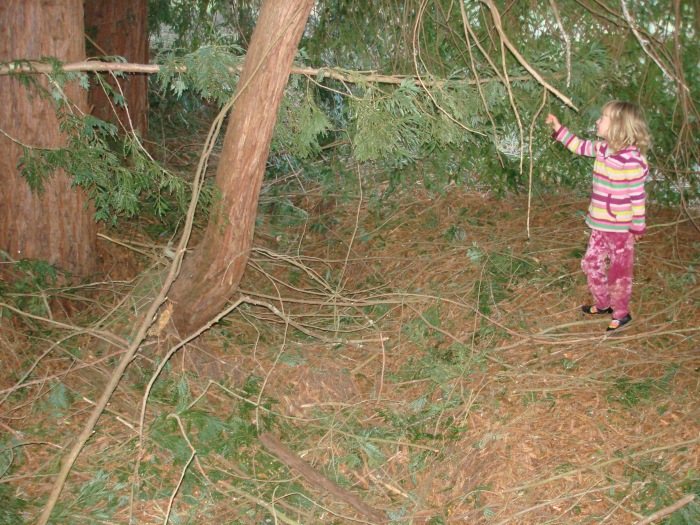 Usually that’s a nice empty place for Sarah to play, with a ditch down the middle through which all the water from the upper pasture goes when it rains.  We have a little cleaning up to do in there.

One of our neighbors had a few trees down that used to be between their house and ours: 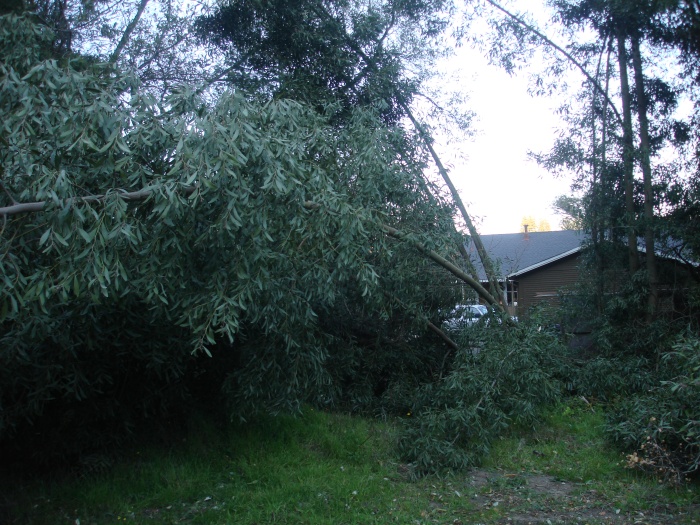 We used to not be able to see their house.  Now the downed trees block the little bridge which leads over the creek to their driveway.  Here’s a side view of some of their downed trees: 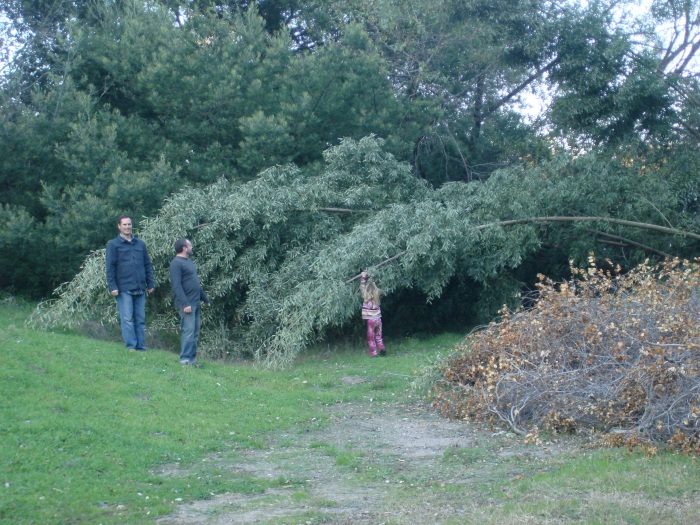 Sarah had fun hanging on them.  As of this writing they haven’t removed those trees yet, so we might have to clamber over them when delivering their Christmas cookies!

And lastly, our only structural damage: the half-burned, leaning over, illegal car port. 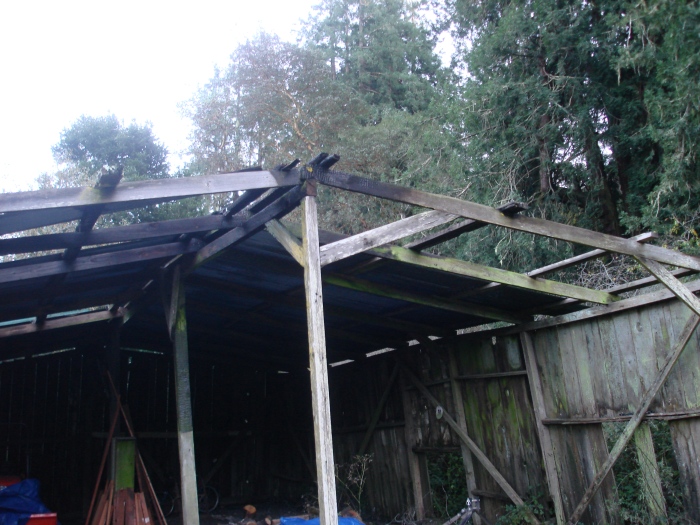 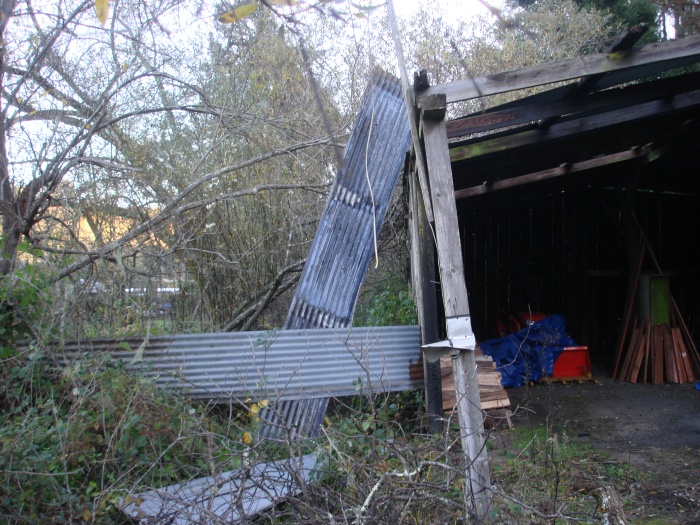 Oh THERE it is!

Anyway, we are safe and sound and very thankful to be so.  And we sure have a lot of kindling!