Hey guys – I’m back with a few more things that we forgot to post waaaaay back in late 2011.

We spent a couple of back-breaking months late last summer sawing down and dragging out scrub oak (and some mature trees) that made up a dense, impenetrable forest right where we planned to have the chicken yard. This was not fun; climbing up and down the hill in the sun, sawing off trees and branches, and hauling them down the hill by hand was quite a chore. I’m not exaggerating when I say that after only an hour or so of work I was barely able to crawl back to the truck. And this went on for weeks. Anyway, by the end of the summer we had staged enough brush to cover about a quarter acre down by the barn. Brush that, unless acted upon, would just sit there. Forever.

Which meant we were going to have to engage in one of rural America’s most time-honored traditions: Burn Day. I don’t know if you’ve ever done one of these things, but out here it’s a regular occurrence. Evidently no one can get through a year without removing vast patches of shrubbery and brush, piling it up somewhere on the property (preferably away from flammable matter like houses, people, and any trees that were lucky enough to escape the impending holocaust), and then lighting it on fire.

Burn season out here runs from around December to March, so we had a bit of waiting to do. Once the season started we called the Fire Department to confirm the day, settled on a location, grabbed a hose and some gasoline and matches, and got started.

As usual, Lizzy jumped at the opportunity to fire up the Kubota, so we tilled a ring around our carefully chosen spot…

…where we had arranged a modest mound of brush. We’d be feeding this small pile from our much larger brush pile located a couple dozen yards away, as apparently torching the entire thing at once is discouraged.

Once the tilling was completed and a source of water established, it was time to ignite!

I have to admit, though, that starting the damn thing wasn’t as easy as you’d expect. Judging by what I hear on the news I’d assumed that piles of brush go up at the merest suggestion of a spark. Not my pile of brush, though. I must have dropped seven or eight tall stick matches into the thing, along with several shots of gasoline, with barely a sustained flicker em

anating from within. Embarrassing, really, when you think about the ease with which I used to light all manner of things on fire back in my youth. I guess that’s yet another skill that fades with age, like remembering the names of things and keeping off weight.

And maybe I don’t know much about this stuff, but pouring straight gasoline on a pile of dry leaves and branches, and then dropping a lit match into the mix, doesn’t seem to me to be what you would call a plan without a flaw.

But eventually we got it to catch without immolating ourselves or the surrounding landscape. After that it wasn’t but a few minutes before we had ourselves a nice blaze. And once that blaze got itself settled in, it wasn’t going anywhere.

We then spent the next eight hours or so tossing brush into the pile, inhaling toxic fumes and struggling to keep our eyeballs from melting from the blistering inferno.

We did this on a weekend, so Sarah was able to hang around and watch the fireworks. We even had a nice little lunch out at the back of the barn. 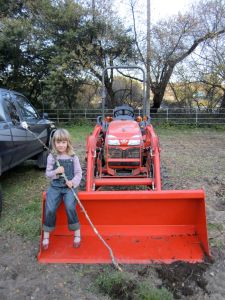 And of course we couldn’t have a big fire like that without toasting a marshmallow or two. Kill two birds with one stone, I say!

It was a pretty fun day, taken all in all. Still, it wasn’t as if we were able to relax in reclining deck chairs while the thing took care of itself. Having your main brush pile thirty-or-so feet removed from your burn pile may seem the wisest course of action, but it certainly forces you to do more physical labor. Dragging this stuff and tossing it on the pile was almost as exhausting as clearing the brush in the first place.

By the end of the day we had a nice, smoldering circle of charred earth. Sure, our lungs – and the lungs of countless wildlife unlucky enough to reside withing a half-mile radius of our land – may have been filled with enough smoke to equal a carton of unfiltered Camels, but we had no more brush!

At least, that is, until next year….. 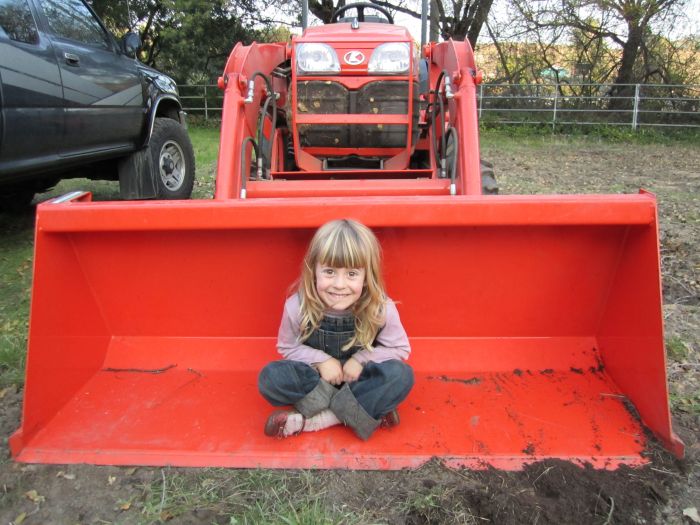